Prominent academics within the prestigious Harvard University department of Economics have long been vocal supporters of President Obama and his Affordable Care Act legislation.  In fact, many Harvard professors helped develop some of the concepts that were utilized in the drafting of the ACA.  During the debates over the ACA in Congress, these professors were frequently seen (and heard) touting the legislation as a fiscally responsible way to provide affordable care to all Americans.  The current Provost, Dr Alan Garber,  (not to be confused with MITs Gruber), was part of a group of economist who sent letters to the President in the early days of the ACA praising certain aspects of the bill such as “cost sharing” and the Cadillac tax applied to the best plans.

My how things have changed.  This week, as reported in the New York Times, these same Harvard faculty are in an uproar as they have seen their own healthcare plans completely overhauled.  Rather than being allowed to maintain their long time low cost (out of pocket) plans, the university has now implemented healthcare coverage that is consistent with the provisions in the ACA.  Now there are more up front out of pocket expenses for basic insurance plans and the Cadillac plans are much more expensive.

During a faculty meeting the vast majority of Harvard professors voted to oppose the changes in the Harvard health plan that would require them to pay more for their own healthcare—How dare Harvard adjust their own benefits and how dare the University actually expect them to be a part of a new ACA influenced health care plan at Harvard???

This type of attitude is even more prevalent among lawmakers in both the White House and in Congress.  Members of Congress as well as the President and all staffers are EXEMPT from the individual mandate.  This type of paternalistic governance is what is wrong with Washington today.  Many Democrats seem to have taken the attitude that they were elected not to represent the people but rather to do what they think is best for their constituents.    In an era when the ACA is wildly unpopular, many politicians continue to refuse to believe that changes to the legislation should be made.

If the ACA is such a great thing, why then do those who designed it and legislated it refuse to participate?

As a country we must begin to deal with the issue of healthcare in a more productive and collaborative way.  Politics as usual will result in another two years of decline in both the quality and affordability of the American healthcare system.  We must hold Washington accountable and the Obama administration MUST begin to work with Congressional leaders to find workable, effective solutions to the mountain of problems that has been created by the poorly thought out and recklessly implemented Affordable Care Act legislation.  And, those at Harvard (as well as those in Washington) should have to live with the same healthcare insurance programs that are mandated for the rest of us–No Exemptions. 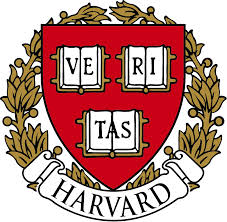 Boo-yah! Lessons From Stuart Scott and His Legacy of Courage

Stuart Scott revolutionized the sportscasting industry with his unique style and likable demeanor on ESPN.  On Sunday morning, Mr Scott passed away after a 8 year battle with recurrent appendiceal cancer.  Mr Scott was a devoted father and put his relationship with his two daughters above everything else.  He was a sensational broadcaster and was passionate about his craft.  He inspired many young athletes and mentored many young broadcasters and has forever left his mark on the sports world.  However, Mr Scott’s greatest legacy may be his example of unmatched courage while battling a rare and deadly disease.

In a powerful moment at this year’s ESPY awards in July (and his last public appearance), Mr Scott made one of the most important and meaningful comments in all of sports.  After a week-long hospitalization prior to the event, Mr Scott found the strength and courage to appear on stage and deliver his passionate acceptance speech for the Jimmy V Award for Perseverance.

In this speech, Mr Scott made the comment that “When you die, it does not mean that you lose to cancer. You beat cancer by how you live, why you live, and in the manner in which you live.”

These words have reach far beyond the stage on which they were delivered.  They have the potential to impact us all–to make us better people–better fathers, mothers, spouses, and professionals.  I think that there are four important points that each of us can take from Stuart Scott’s life, moving ESPY speech and his battle with terminal cancer:

1. Appreciate and Savor Each Moment

Life is a precious gift.  While there are always ups and downs and imperfections in all    that we experience, we must always take a moment to enjoy the moment.  Make the most of the small things that bring a brief smile to each of our faces. Stuart Scott embodies this  principle of  maximizing every moment and making the most of every experience.  Even when he was battling the worst of his cancer, he always had time to enjoy moments with his family–his daughters–as well as his coworkers at ESPN.  He always gave of himself to others.  Many in the ESPN family reported that even as he was suffering from his own illness he was quick to provide support for others battling cancer as well.  We can all take a lesson from Stuart’s example.  When the world gets the best of us and we become obsessed with deadlines and the pressures of everyday life we must remember to breathe and appreciate all of those around us.  Do not let the simple, small special moments fly past without taking pause to appreciate them to their fullest.

2. Do Not Let Adversity Define You

When we struggle to achieve, we are made better.  Mr Scott entered a world of broadcasting determined to succeed.  He met each and every challenge head on.  When diagnosed with cancer, he did not allow the cancer to change the way in which he lived.  Even when suffering through surgeries and chemotherapy treatments, Mr Scott continued his passion for sports and broadcasting.  He trained as an MMA fighter and sought to continue to be the best sports broadcaster in the business.  We all will face challenges in our lives–at work, at home–both personally and professionally.  How we respond to these challenges is what can make us excell.  Mr Scott has left a legacy of battling adversity for all of us to witness.  We must all honor him and his memory by accepting our own personal challenges and battling with the same ferocity as Stuart battled his cancer.

Life is a gift and we must all decide exactly how to maximize our own individual potentials.  Excellence is not just an idea–it is a way of life.  Mr Scott was always pushing the limits–He wanted to be the very best at what he did and had the reputation of always treating others with respect.  He worked diligently to advance in the broadcasting world.  He began on local television in his home state of North Carolina and ultimately auditioned for a new network called ESPN2.  Ultimately he became the face of sports journalism and was a featured personality on ESPN’s flagship network.  We all have a job to do.  We all have expectations set before us for performance–let Stuart’s legacy inspire us to go beyond expectations and always seek to become better in all that we do.

Success is often dependent on how you are able to develop your own talents.  Even when the status quo in sportscasting was not Stuart’s style, he blazed into the spotlight with his own unique approach to sports journalism.  He remained true to himself throughout his career and never wavered in his approach.  It is Mr Scott’s belief in himself and in his abilities that, in my opinion, resulted in his unparalleled success.  We should all take notice from Stuart’s example.  As we approach our daily lives–at work and at home–we must continually evaluate our own performance and work every single day to improve and maximize and realize our own individual potential.

Stuart Scott has left a legacy in sports broadcasting.  More importantly, Mr Scott has inspired us all to achieve greatness.  As a human being, he has set a high bar for all of us to emulate.  As we reflect on his life, let’s all strive to exhibit the same devotion to family and pursuit of excellence that Stuart represented throughout his career and 49 years here on this earth. 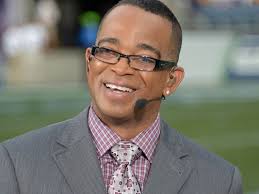